Wavestore system for the largest city in Western Australia

Perth is the largest city in Western Australia and is the fourth most populous city in Australia with an estimated population of approximately 2 million.

Perth City Council required an integrated video recording system to enable its security personnel to monitor and record events from a network of around 200 cameras located around the city, to deter and detect anti-social behaviour and other criminal activity. In common with many cities, Perth has its fair share of violence and disorder and a competitive process was instigated to identify an easy to use and reliable video surveillance solution which would enable operators in the City’s control room to monitor any activity in public areas of the City.

Wavestore was selected as the preferred supplier and a network of recorders was subsequently installed to maintain a constant recording of the images captured by all the cameras, as well as enabling each of the team of operators to select and retain video data of specific incidences at high image rates.

The video clips are recorded onto a dedicated “Head” server where the many hundreds of individual video clips selected by the security team are maintained, ready to be reviewed and copied onto DVDs to be used as evidence either by the police or by an individual’s legal representative.

To comply with the law regarding admissible evidence, the Wavestore system records the original video data streams transmitted from the cameras and does not modify or materially alter the original data. The video clips are converted into MPEG format option as this enables the video to be displayed on standard video presentation equipment normally installed in courts.

The system was originally an analogue system, which has been augmented with cameras from various manufacturers added as the requirement expanded. From an installation perspective, this was achieved simply by increasing the number of channel licences. 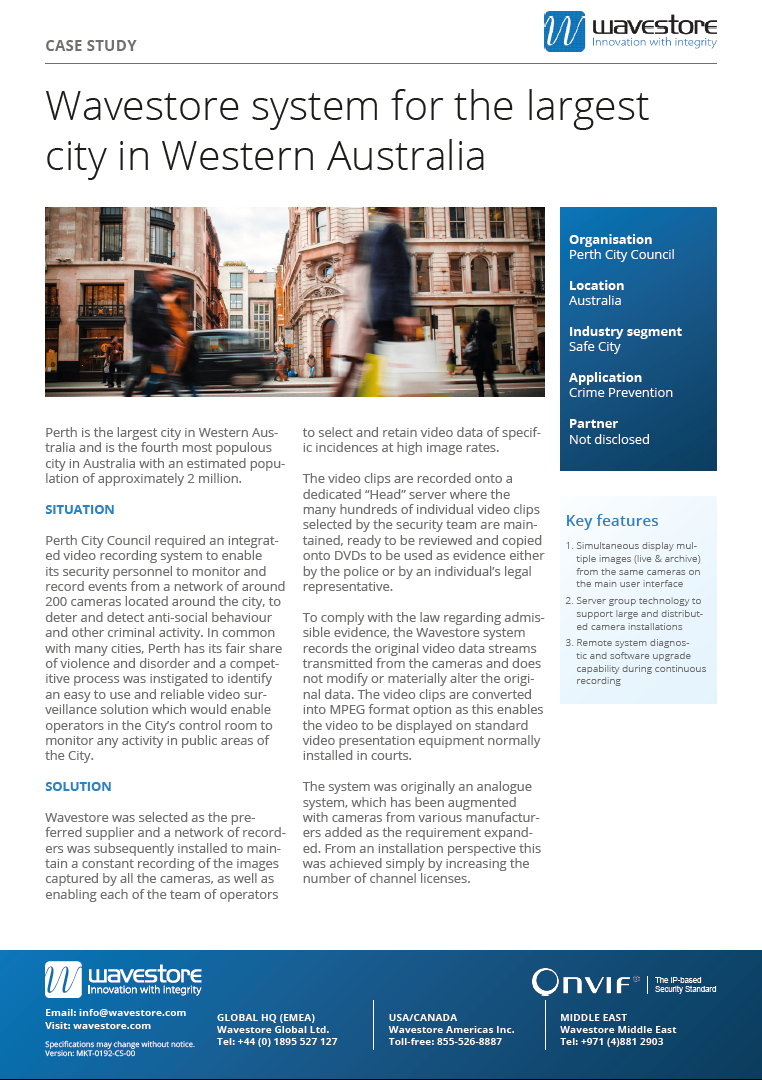