Wavestore high integrity for the fourth largest bank in Brazil

Caixa, which is the fourth largest bank in Brazil by assets, is the second-largest government-owned financial institution in Latin America. With branches in thousands of Brazilian towns, Caixa has more than 32 million accounts.

The project required that video recorders, exclusively using the Linux operating system, should be installed in every branch of the bank in Brazil, with high integrity remote network monitoring capability available to a central control room. The specification required that the system is able to record at a high resolution, while independently providing a separate and lower bandwidth image stream which can be transmitted over the standard phone network to the control room.

Following an open competition and validation through an independent evaluation programme, Wavestore was selected to meet the bank’s requirement. The highly reliable Wavestore video security solution ensures that attempted robberies and efforts to gain access into the banks' secure areas are brought to the attention of the security personnel who are able to take quickly take immediate appropriate action. The recorders were assembled and tested in Brazil by Telepac; supported by Wavestore’s engineers' team on those occasions when unique issues were identified. The total project comprises in excess of 2,000 video recorders and 32,000 cameras. 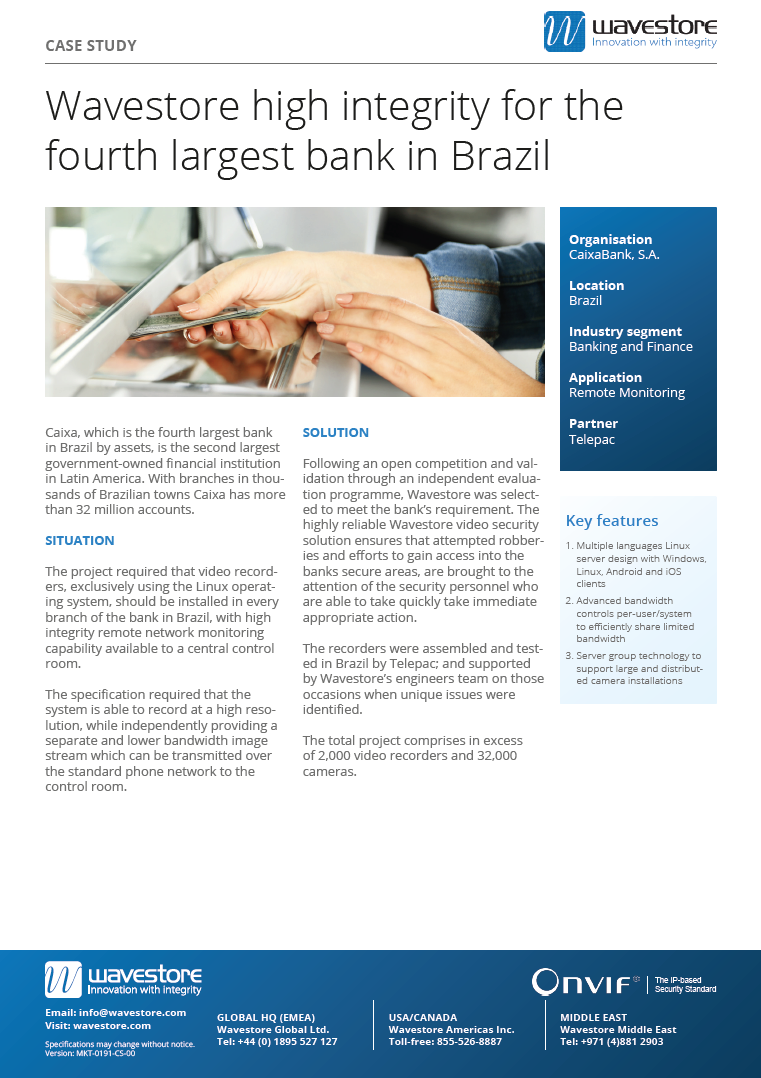